Gorging on filthy distortion, pulsating with the beat of a drum.  Drawn from minds concocted with darkness, chaos, disillusion, anger, doom, intellect and simplicity.

Alive and uncaring.  Born of necessity.

The Medea Project just is….

Photoshop my face into the picture and you’ve got a winner.

Now that the dust has settled we’d like to thank Renaissance Alternative Music Festival for the amazing event this weekend past. To everyone that came and supported, who performed and contributed in any way, our thanks. Ays Kura and Jenika ioffreda Art a special thank you to the both of you, again you have gone above and beyond. Photo courtesy of Pouru Onishi … See MoreSee Less

Such a cool shot!

This Saturday we join Die Kur, Red Method, Das Fluff, Killerkorp and a whole host of killer bands and artists at Renaissance Alternative Music Festival 10th EditionCatch you thereThis Saturday The Medea Project will be appearing at the most eclectic and unique music festival around – Renaissance Alternative Music Festival! All day at the @Electrowerkz www.facebook.com/events/261890819439302 … See MoreSee Less

This Saturday The Medea Project will be appearing at the most eclectic and unique music festival around – Renaissance Alternative Music Festival! All day at the @Electrowerkz www.facebook.com/events/261890819439302 … See MoreSee Less

Next Saturday Renaissance Alternative Music Festival 10th Edition kicks off at Electrowerkz in London. This promises to be a unique event mixing live music, performance art interactive elements and crowned by Slimelight (Official) in one unforgettable evening. 🤘 … See MoreSee Less

Full support from us across the pond 🙂

A companion piece for Phil Stiles‘ Anchorhold EP has been released, deconstructing it and reworking it in really interesting ways. We had the pleasure of guesting on one of the tracks on the original and really enjoy the interpretations that have been done on this remix albumUPCOMING RELEASE ANNOUNCEMENT!Trepanation Recordings is delighted to announce that we will be releasing ‘The Anchorhold Dissolution’ by Phil Stiles Vs Shane Aungst on digital download and limited edition CD on 10th June.You can pre-order your copy, as well as a bundle featuring ‘The Anchorhold’ and ‘The Anchorhold Dissolution’, here: philstiles.bandcamp.com/album/the-anchorhold-dissolutionInfluenced by the likes of Nine Inch Nail’s Fixed and Massive Attack Vs The Mad Professor, The Anchorhold Dissolution is a fresh take on 2021’s The Anchorhold. Where the original charted a progressive path that ebbed and flowed across its runtime, Seattle-DJ Shane Aungst has rebuilt the album from the ground up, remixing each of the pieces and adjusting the running order to create something entirely new.Phil first encountered Shane when the latter remixed a track for the acclaimed Face the Beat series, produced in conjunction with Side-Line Magazine. The result was not unlike the original Anchorhold collaborations, where each of the guest artists brought something wholly unique to the record, and the pair began talking. Initially, the idea was for Shane to remix one or two songs, but his vision was so compelling that ideas for a grander project formed – a full album remix that would allow Shane to put his own stamp on the whole record. The result is The Anchorhold Dissolution billed as Phil Stiles Vs Shane Aungst.Of the project, Phil said:“I honestly never expected that Shane would have the time or the interest to create an entirely new vision for the album. When we started talking, it was one of our various late-night rambles and we were chatting about some of the artists that we both love. Perhaps inevitably Nine Inch Nails came up, and we started talking about how amazing it was that Trent was able to present versions of his records that were substantially different and yet really added something to the experience.The next thing I know, Shane starts sending through these amazing versions of songs from The Anchorhold. Each take offers something different, but what I didn’t release until the end was that Shane had a masterplan, creating a new sequence that saw the songs become increasingly splintered until the molten-vinyl finale of It Follows Me. For me, despite having worked for over a year on the original record, it was like hearing the album for the first time, and I am so happy that Shane was able to create something that took the intent of the original and filtered it through his own, highly individual vision.”With new artwork, once again from Final Coil’s Jola Stiles, and additional mastering from Phil, The Anchorhold Dissolution will take fans of the original record on a whole new journey. … See MoreSee Less

Thanks for the introduction. I'm enjoying this Psideralica band one time.

You don't half get about you 2 lol ,keep safe and well 🤘🤘

Have a good one dudes!

#chaosbleak so traditional yet not #goth … See MoreSee Less 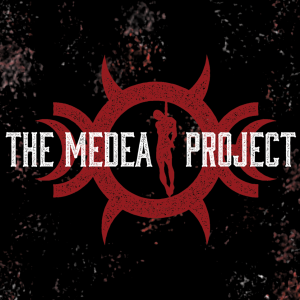 Doomed to almost not have happened, last night at the Maze turned out to be a blast.

Massive thanks to Lycan and Pemphigoid for their dedication.  The Maze for hosting and a very very special thanks to everyone who came out on an grim icy Thursday night to headbang and party with us!

See you all again at The Angel Microbrewery in March!

To coincide with us releasing some merch we have decided to run a competition and give 3 lucky winners a bundle comprising of our self-titled EP and a T-Shirt.

All of the instructions are here. Good luck and we’ll catch you on the road soon

THE YEAR THAT WAS….

Well it’s the demise of yet another year but reflecting on 2017, it was a landmark year for The Medea Project.  Re-awakened on new shores, EP launch, shows and a relocation, it’s been a busy but memorable year.

Horns up to all the bands that we had the pleasure of playing with and bands we have met along the way. 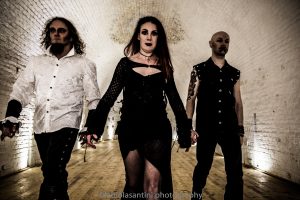 An especially very very massive thank-you to the amazing, metal-mad Italian, Fabiola Santini.  Your support and faith always pushed us on and there are no words to express our gratitude!

And last but definitely not least a double horns up to all our fans.  The support has been overwhelming and we’re ready to keep the metal flag flying in 2018.

We want to wish everybody an awesome 2018.  Play it dark and play it loud!

With a busy few months of an EP launch, barrage of gigs and some merch, the Medea Project is officially alive and squirming.  However, having left enough of a stain on the South East,  it is now time to spread that stain across the rest of the Land.

We have decided to slither our way up to the Midlands.  So, although we’ll be quiet on the gigging front for the next 6 weeks, it doesn’t mean we’re dead (well, we hope not) but tunnelling our way in.  We’ve already snatched ourselves a rehearsal room so the cacophony will continue and all this in time for the grimfrost that will be descending soon… 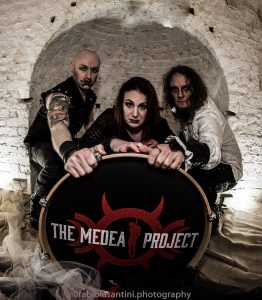 Thanks to The Basilisk, Sectlinefor, Detoxen and All That Was Said

Most of all thanks to everyone who came out to support, drink and in general have a damn good time!

Our next onslaught is on the 2nd September at the Red Lion in Gravesend.  See you there!

We use cookies to ensure that we give you the best experience on our website. If you continue to use this site we will assume that you are happy with it.Ok